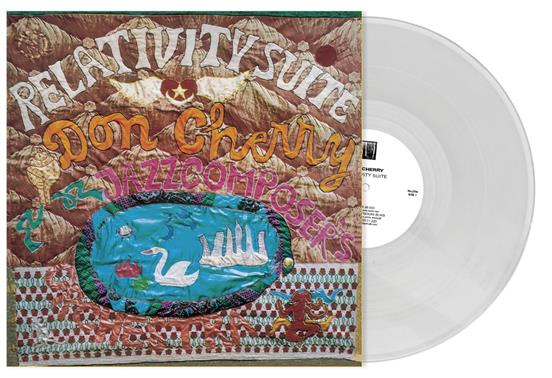 Strictly limited to 300 copies. Finally available again on vinyl! Don Cherry's Relativity Suite, recorded with the Jazz Composer's Orchestra in 1973. At this time, Cherry was becoming increasingly interested in Middle Eastern and traditional African and Indian music, having traveled extensively and studied with Indian musician Vasant Rai. This suite of songs was particularly influenced by the Indian karnatic singing tradition, as can be heard from the very opening moments of the album. Featuring Carla Bley on piano, Charlie Haden on bass, and Ed Blackwell on drums, as well as an extended horn and string section, Cherry collaborated extensively with the Jazz Composers Orchestra throughout the early seventies. His Swedish wife, Moki Cherry, plays tambura on 'Trans-Love Airways.