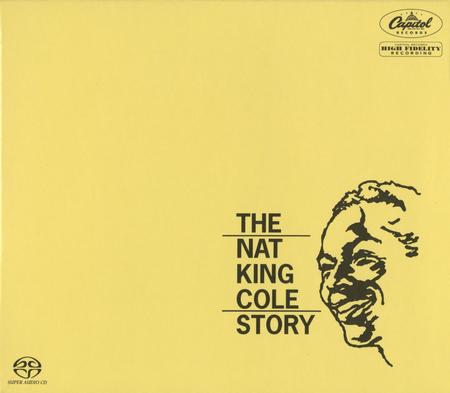 
Tracks playable as Three-Channel and Stereo on the SACD layer and as Stereo on the CD layer. There is no Mono mix included. Three of these tracks are stereo only: "Orange Colored Sky" (track 11), "Oh, Mary, Don't You Weep" (track 34) and "Ay, Cosita Linda" (track 35).

"...mastered from the original three-track work tapes is a sonic spectacular that outdoes the original by a wide margin - as does its packaging. The SACD includes three-channel and two-channel mixes. A major reissue." Stereophile Records To Die For - Michael Fremer, Stereophile, February 2010

This has been a totally no-expenses-spared project. Using the original three-track work tapes from Capitol's vaults, mastering engineers Kevin Gray and Steve Hoffman along with DSD specialist Gus Skinas bring you an entirely incomparable SACD experience. In addition to the stereo mixes, this SACD includes a three-track transfer for multichannel playback. In order to master from the three-track masters, AcousTech had to be outfitted for three-channel playback. That meant Kevin Gray had to find a third identical monitoring channel chain (including mixing board, amplifier and speaker) as well as a three-track playback headstack and also a three-track preview head for the vinyl cutting system.  It was a massive assignment. We've spent a fortune to include these extra bells and whistles and to make this a truly historic reissue.

The SACD packaging is a modernized version of the original LP outing. This two-disc collection is bundled in a "Brilliant Box" Jewel Case that houses both The Nat King Cole Story SACDs tightly and securely. Accompanying the discs is an eight-page booklet detailing original session notes, recording dates, studio locations and musician credits. Along with that, there's a 36-page booklet that includes the original liner notes and articles from George T. Simon, Ralph J. Gleason and Leonard Feather as well as additional essays by Nat "King" Cole expert Jordan Taylor and analogue champion Michael Fremer. All of these items are neatly organized inside a CD slipcase that visually replicates the cover of The Nat King Cole Story.

One of Nat "King" Cole's crowning achievements and a fittingly lavish celebration of a cultural and musical icon, The Nat "King" Cole Story offers a glorious overview of the career of one of the greatest and most beloved performers in popular music history. 38 tracks, many re-recorded in stereo for this anthology, offer a selection spanning his popular career.

His beginnings leading the popular jazz-oriented Nat "King" Cole Trio are represented with selections including "Route 66" and "I Love You (For Sentimental Reasons)." Hits including "Nature Boy," "Mona Lisa," "Unforgettable," "Orange Colored Sky," "Night Lights" and "Looking Back" are here to represent his unparalleled string of memorable hits as a popular vocalist. "Calypso Blues" and "Ay Cosita Linda" help illustrate the range his projects could cover. More contemporary to this anthology, selections including "Wild Is Love" are augmented here with two huge hits as a special bonus, "Ramblin' Rose" and "Those Lazy, Hazy, Crazy Days of Summer" to further expand the scope.

A talent and voice for all times with a body of work that could and did help define their eras, Nat "King" Cole's career offers some of the finest, most enduring and treasured recordings ever made. Nat "King" Cole could never be fully served by any one set. But this wonderful cornucopia stands as a fantastic celebration for the enthusiast and a good starting point for someone just beginning to explore The Nat "King" Cole Story.

Using the original first generation 2-track and 3-track session tapes from Capitol's vaults and custom headstacks, console and monitoring chain installed at AcousTech specially for these releases, mastering engineers Kevin Gray and Steve Hoffman along with DSD specialist Gus Skinas bring you an entirely incomparable SACD experience. For this deluxe 2-disc hybrid SACD set, the album is featured in stereo on the standard resolution CD layer and high resolution stereo DSD layer, while the DSD multi-channel layer features high resolution 3-channel sound for all tracks recorded in 3-channels (all but 3 songs).